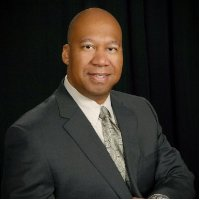 In April of 2011, I retired after twenty four successful years in law enforcement from the Massachusetts State Police in which my last ten years was assigned to Logan International Airport (Troop F). Now in my second career I am Managing Partner of Protecting the Homeland Innovations, LLC training firm (PHI, LLC) which I co-founded in 2003. I have authored the P.A.T.R.I.O.T. Training System(R) and the Security Awareness and Vigilance for Everyone(TM) (S.A.V.E. Methodology(TM)) course curriculums which are approved training courses sponsored by the Department of Homeland Security and appear in the DHS/FEMA State Sponsored Course Catalogue, which positions our training firm as the only privately held DHS approved private company to train behavior recognition methods to federal grant recipient agencies. Our security training firm has 5 full time staff and a training cadre of 30 trainers who are all former or active police officers and travel across the country delivering proactive security measures to law enforcement officials, frontline civilian employees and the general public.

My direct connection to groundbreaking innovative work, has afforded me the opportunity to be featured in Time Magazine as a member of Logan International Airport Homeland Security Detail where I served as one the lead trainers of the State Police Anti-Terrorism Unit. Due to the pioneering work at Logan Airport, I have been featured on ABC Nightline in a segment titled “Deceit Detectives,” which demonstrated Logan Airport as the safest airport in the United States. Additionally, my second career involves appearances on Fox 25 News as their Homeland Security contributor, providing insight on domestic terrorist related case studies with in the United States.